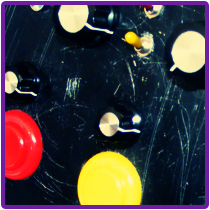 So geez, nearly an entire year between updates. Apologies to anyone who cares. I hope to be able to keep up with this area a but more than every 360 days or so, keeping up with the new items I'm working on.

And to that effect, I've certainly been keeping busy, creation-wise, and I'm here to prove it. Just finished is another of my scratch-built noise circuit instruments, The Arcade Box. This one combines two common circuits, a traditional Atari Punk Console, and a tri-oscillator circuit, mixed together into one disgustingly horrific box for the convenience of all. I've had some arcade-style buttons hanging around for awhile, waiting for their perfect purpose, and this seemed like the best way to go. There's something incredibly satisfying about the feel and click of these buttons, especially when pressing them makes a synthetic outburst each time they're touched. These buttons control the three different oscillators, each tunable by the knobs above them. They can be played alone, almost like a keyboard, or simultaneously for either harmonics or total chaos between them.

Above those are the controls for the APC. Two knobs are all it takes to make a ton of crazy noise. The usual "stepped" tone noise of the APC can be achieved here, but this box really stands out when both circuits are engaged at once. The oscillators can cause the APC circuit to overload at times, or create percussive effects through the cacophony.

A full page for The Arcade Box is forthcoming, but in the meantime, below is a video of the box in action - enjoy fully! 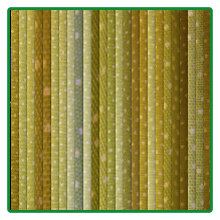 Greetings to my random viewers from across the lands. I'm so happy you've come by to visit. I'd like to say that, if it hasn't become obvious by now, what I do around here is pretty strange. I'm very pleased to have visitors to these electronic parts from literally around the world, mostly drawn here by the odd hobby I've partaken in for the last several years called circuit bending. That particular section of this website definitely gets the most views out of the several possibilities I've served up; it's immensely gratifying to know that any number of strangers might find some interest in perusing through the slop of modified toys and noise-making whatnots on display. Every once and awhile, one of my stranger oddities gains some kind of moderately viral attention, and I see a spike in attention, which I find rather hilarious. Most recently, it was the Tubbiedrone project, a hollowed out and bent Teletubbie torso with nail polish demon-red LEDs for eyes that got around the web for a spin or two - thanks to the random folks who helped with the spread. There's a definite perverse pleasure out of knowing thousands of eyeballs have bitten into the projects I've placed here and, especially, on YouTube, especially considering how bizarre these things are to begin with. I'm not very serious about these things at all - I just like noisy things and being able to force them to be even more noisy than they were to begin with. I have a feeling that's what circuit bending is really all about at its core - taking even the most basic of electronics knowledge and throwing it into the often illogical practice of creating these projects. It's remarkably unscientific, at least the way I do it, but I like to make it happen, and to make it look interesting in the long run. And so it goes.

If you're here for the circuit bending, welcome. Do feel free to peruse the other sections of this site, which I promise will be as bizarre and/or noisy as the bent stuff is. I mention it from time to time, but I would sincerely like to hear from the random faceless who happen by this website - no doubt the few minutes any of you spend on here are linked between other random visits, but if any of the things found here strike you in any particular fashion, I'd love to hear about it. My email link is above - link away.

Thanks again for coming by - I'm doing my best to keep more strangeness on tap to display here, so do visit again, unless you've been totally bored or possibly disgusted by this stuff. In that case, bite me. Or email me. Or both. 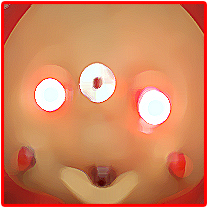 It's been awhile since any updates have been put on here, so I decided to get some older "new" projects on here. Three brand new pages for some older circuit bending projects have been put up, with a few more to come. The first is The Tubbiedrone, a bent Teletubbie doll that has been sliced in two and had its electronics packed into its head. The next is The Tubbiebox, yet another Teletubbie doll that has been put in a box, with the toy's LED array rehoused and bent up along with all the toy's noises. The last project is technically not a circuit bent toy, but rather a built-from-scratch Atari Punk Console, which has four separate oscillators that can be used in tandem or alone to create a lot of really noisy. . . noise.

Enjoy them all, and do let me know what you think. More project pages are on the way - check back soon! 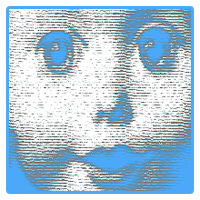 The world famous Ally Box has sat broken and crashed for years now, following an unfortunate breakdown when I tried to bend it too much. While I was able to get video of it in action before the crash, it's been dead for quite awhile, existing as just an odd sculpture item on my shelf.

Until now! I was able to, with a brand new Amazing Ally circuit, bring her back to life, with some new features the older version lacked. I'm very happy to announce one of my favorite bends is back in action, and to commemorate the event, there is a brand new HD video of her in full insanity. Check her out right here, and do please let me know what you think. Thanks! 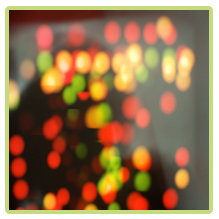 The Circuit Bending Section has just gotten a much-needed makeover for all of the project pages.The front page looks the same, but under the hood, there's some good new stuff. The basic functionality is the same, but the pages look a lot prettier, and the videos are easier to view, should you so wish to do so.

No new projects yet, but keep an eye out, as I'll be adding in some "new" ones soon (only new to the website, really). Exciting, I know.

Check them out! As always, let me know what you think - I'm always happy to hear comments or suggestions. Thanks! 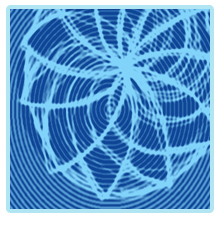 Here's a group of new sketches/doodles/whatever. These are all scanned in and messed with in Photoshop (the last one is drawn in PS entirely). Each one opens into its own page if more details are what you're after. So yeah, enjoy. 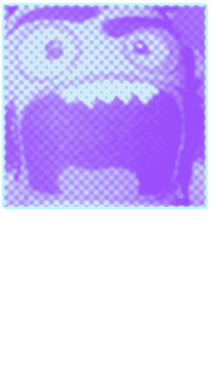 New felt creature - I like this guy a lot. His cape is removable, but the hat is glued/sewed on. "Professional" shots coming soon. More Felt Creatures live here. 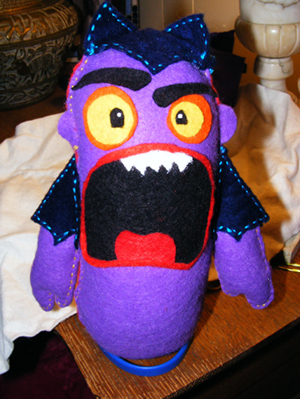 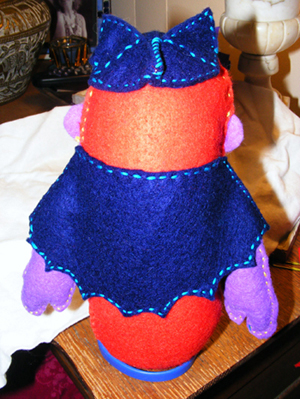 So, here's a new experiment, for me at least: a blog. Yes, exciting. I'd like to use this space to fit in things that don't belong in the other areas of the site just yet, or to throw out random nonsense that would never have another place to live otherwise. I'd also like to document in more detail information about some of the pieces here, maybe with how-to guides or whatever as they come along, for some sort of prosperity, I suppose, though for whom besides me, I don't know. This section will also replace the ugly "Updates" marquee that was on the front page for awhile. Updates will be announced here.

OK: to start this off, here's a doughy, unpolished batch of new pseudo-songs I've put together over the last month or so. They're certainly not ready to go yet, but that's the point of this blog, I guess. They'll progress soon, when time allows.

3/08: This has been kicking around for awhile, and I just added in the drums over the looped electronic beat recently. I like the guitar part, especially the Sonic Youth-y breakdown, but it needs something else. The ending degrades into just nonsense, so feel free to stop after awhile.

APC: This is a couple of tracks of the quad oscillator Atari Punk Console I built. Noises galore. Crank it.

Peach-a: Mostly just four sampled tracks running through my Kaoss Pad. These need to be resequenced, but I like the beat. It's a bit quiet as well. Keep an ear out for Crispin Glover. Really.

Steely Dan: So named because of the sample at the start. Good beats on this one, too. Not real beatboxing. Liberal usage of synth and circuit bent stuff.

11/7: Pretty new stuff, needs some more samples, but lots of good toy piano in this one. I like the breakdown with the quiet drums and piano.

Press play on the device below and press your face right in there. Enjoy!